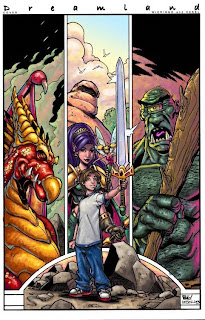 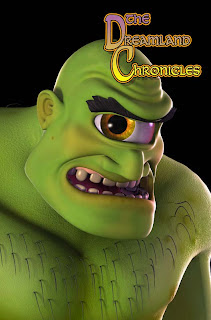 July solicitations haven't been circulated around yet, but following up on an earlier story about the title's creator, Scott Christian Sava, bringing the book to IDW to be released as monthly comics, I wanted to show the first issue's covers. Scott will be providing a character image cover each issue, and has gotten some high-falutin' friends of his to do alternate covers for each issue. The debut issue, coming in July, features a cover image by the late Mike Wieringo. Wieringo's a guy that I--along with everyone else who ever met him or saw his work--really loved, and never had much chance to work with in the past. His work was more well-suited to all-ages or superhero comics, and much of what we do has been aimed at the 17+ crowd. So Ringo was someone I never had a chance to work with to my dismay, which makes it especially gratifying that Scott, and Mike's family, have okayed the use of this image (inked by Karl Kesel) for the comic book's debut issue.

Subsequent covers for the series will come from folks like HEROBEAR's Mike Kunkel, the great Jerry Bingham (another guy I've long wanted to have work on an IDW project, and many others. But for now, enjoy Mike's art, as well as Scott's cover image. And keep an eye out for this series if you're looking for a great all-ages fantasy tale for yourself or some young'uns, too.
Posted by Chris Ryall at 10:22 AM

That looks awesome!!! Cant wait to check it out!

Yello from Dreamland =3
Anyway, keep up the good work!!

Now do you worried about that in the game do not had enough Archlord gold to play the game, now you can not worried, my friend told me a website, in here you can buy a lot Archlord money and only spend a little money, do not hesitate, it was really, in here we had much archlord online Gold, we can sure that you will get the cheap Archlord gold, quick to come here to buy Archlord gold.