Helix is more than an '80s metal band only I remember 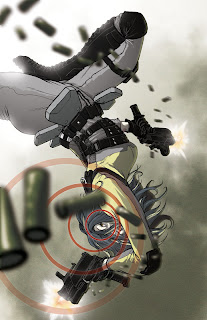 Helix is also the name of a new character in the G.I. JOE world -- namely, in the upcoming EA videogame. We're doing a G.I. JOE SPECIAL in August that ties in with the game (and is written by the game's writer, Brian Reed, with art by Joe Suitor.). Some of the comic will be released ahead of this Special in the form of an exclusive minicomic packed in with the videogame, too.
Posted by Chris Ryall at 8:55 PM

I saw Helix (the band) twice.

What can I say for myself, I'm a Canadian!