Anatomy of a comic book cover 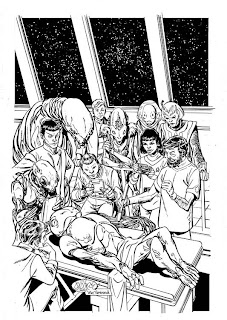 Who says comics aren't literate? John Byrne's cover for the final issue of his STAR TREK: LEONARD McCOY, FRONTIER DOCTOR, has its roots in art history. It's inspired by Rembrandt's "Anatomy Lesson of Dr. Tulip: 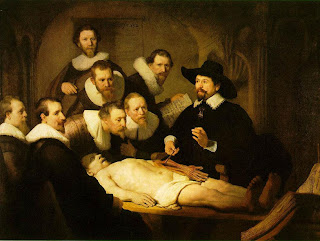 This isn't the first time the painting has inspired comic artists. It was also used as the basis for this image from 1972's ASTERIX AND THE SOOTHSAYER, by Albert Uderzo:

Incidentally, the recent onslaught of spam comments here has necessitated me limiting the way comments can be posted. So hopefully if you have something to say, you're still able, or else you can contact me directly through my e-mail here, too. Meanwhile, I'm mulling over moving the entire blog to Wordpad since Google doesn't seem particularly adept at blocking spam here.
Posted by Chris Ryall at 3:59 PM